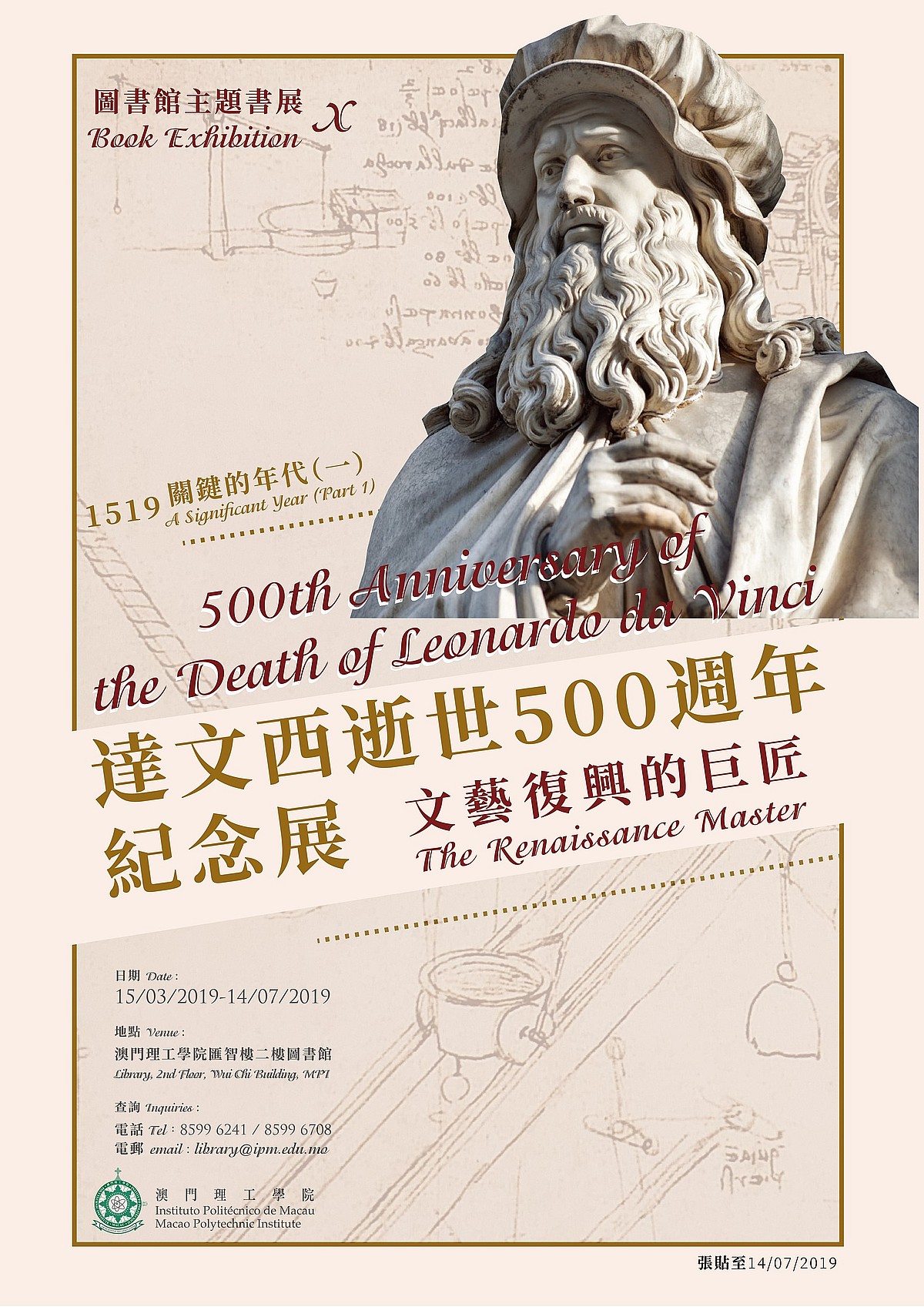 1519 – A Significant Year (Part 1) - The Renaissance Master: 500th Anniversary of the Death of Leonardo da Vinci

Da Vinci was born on April 15, 1452 in the small Tuscan town of Vinci, near Florence, Italy. In May 2, 1519, Da Vinci died at the age of 67 in his residence near the Royal Château of Amboise in the Loire Valley, France. He lived in a golden age of creativity among such contemporaries as Raphael (1483-1520) and Michaelangelo (1475-1564), and contributed his unique genius to virtually everything he touched. He’s known for his artistic abilities but he was not just a painter and artist, but also an engineer, architect, scientist, inventor, cartographer, anatomist, botanist and writer. His natural genius crossed so many disciplines that he epitomized the term “Renaissance man”. Today he remains best known for his art, including two paintings that remain among the world’s most famous and admired, Mona Lisa and The Last Supper.

Mysteriously, a newly discovered volume of Leonardo’s journal, written a few months before his death in 1519, that records his visit to the year 2019, as the guest of a mysterious time-traveler.

Leonardo da Vinci embodies Renaissance on his own and his genius is still fascinating 500 years after he passed away. MPI Library is proud to present a book exhibition to pay the highest respect to the legendary master. This exhibition is the first in our series of “1519 - A Significant Year” exhibitions.